In 2017 the Schule am Wingster Wald, an elementary school from Germany, decided to participate in the “One World for All” school competition on development policy initiated by the German President. Two members of ESD Expert Net, a network of experts in the field of Education for Sustainable Development from Germany, India, Mexico and South Africa, helped to connect the Schule am Wingster Wald with two schools in Ahmedabad, India, and Mexico City, Mexico, that were interested in working together.

The three facilitators – Sabine Cordes, principal of the “Schule am Wingster Wald” in Germany, Rajeswari Gorana, a member of the ESD Expert Net from India, and Wendy Morel, a member of the ESD Expert Net from Mexico – jointly developed the project and took all the relevant decisions together. They discussed and refined the different milestones on a weekly basis, from the selection of topics to the planning of the next steps. Furthermore, they created a common WhatsApp group to quickly reach agreements and answer any questions that arose.

The project “Feliz Birth Tag” was born from the ideas and criteria that the facilitators developed and included the following elements:

The implementation of the project proceeded as follows: 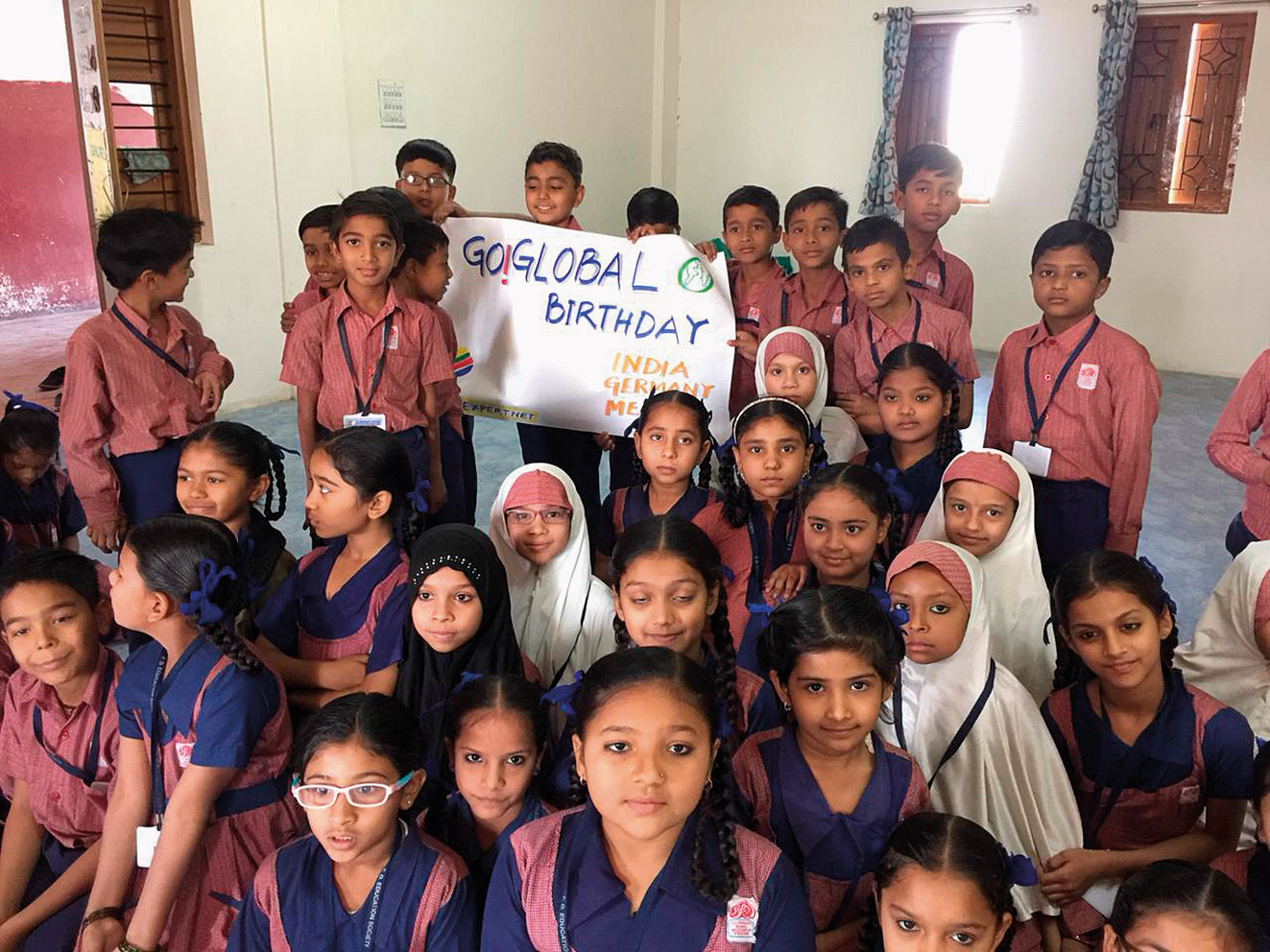 The pupils from the FD Primary School in Ahmedabad

The pupils from the Wingster Wald primary school

Such international partnerships based on virtual exchanges enable elementary school pupils to get to know children from other countries – their peers from around the world – without the necessity of travel. A crucial component of this project was the joint focus on the UN’s SDGs. Working on topics such as how to avoid garbage and how willing people on different continents are to take responsibility for the world can empower even elementaryschool leaners to take action.